Important Reminders for the New Year

Welcome to the Conversation 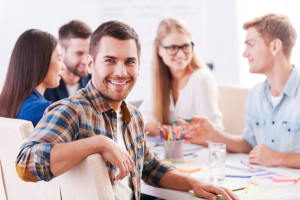 A number of workers these days prefer to trade in the corporate hierarchy for the freedom to be their own boss. Child care, elder care, commuting, and work life balance are all reasons why employees are choosing to contract rather than seek employment with one employer as a fulltime employee. These independent contractors can be found in nearly every profession, from lawyers and business consultants to writers and Human Resource consultants. They set their own schedule and enjoy a wide variety of work experiences.

The independent contractor arrangement can benefit both workers and businesses. However, a company that misclassifies its workforce as independent to avoid paying payroll tax or providing benefits, could be liable for the uncollected payroll taxes, interest and penalties. Regular status employees are entitled to certain legal protections and benefits that independent contractors are not — and the IRS and state governments are actively looking for clues that a company might be misclassifying the workers.

There is a continued need for companies to reduce costs – inevitably, payroll jumps to the top of the list of areas to reduce expenditures because it is often one of the largest costs an organization has, which usually results in the layoff of staff. However, employers are still faced with the need to have work or projects completed. Many companies choose to use laid off employees as independent consultants to do work on an as needed basis. There are risks involved with converting staff to consultant status verses changing the employee status to part-time.

There is always risk when an employee is changed to independent contractor status especially if it is within the same tax year. If the employee receives both a W2 and a 1099 for the same year from the same employer then it throws up a red flag to the government agencies and could possibly trigger an audit.

If the agent is doing the same job they did as an employee and they are then reclassified as independent contractor it may invoke state and federal agencies to get involved to determine the agents true status.

An independent contractor qualifies as an agent – or employee – when the following standards are met:

A service provider can legitimately be an independent contractor if he has real autonomy and the opportunity to make a profit by exercising his own business judgment and discretion.

There are employees who want the independence of being their own boss and setting their own schedule and then there is the independent contractor who wants the benefits of an employee – paid leave, benefits, retirement, overtime, etc… Both the worker and the employer need to follow the control test to determine the correct classification.

Often an individual will accept the contract relationship because they have been unable to secure regular status employment. Since these individuals are not truly independent contracts they are often ignorant of their legal duties to pay employment tax or the inability to collect unemployment insurance.  There can be legal and tax consequences for the independent contractor who hasn’t paid their taxes including Social Security and Medicare taxes, or carry the proper insurance which now includes health care. When the independent contract faces tax penalties or wants the benefits provided by an employment relationship, they often will file suit to claim their right to the employer’s benefits which may include health care coverage, retirement plans, disability insurance and workers compensation.

You can learn more about the determination of a worker’s status as an Independent Contractor or Employee at IRS.gov by selecting the Small Business link.  Additional resources include IRS Publication 15-A, Employer’s Supplemental Tax Guide, Publication 1779, Independent Contractor or Employee. These publications are available on the IRS Web site or by calling the IRS at 800-829-3676 (800-TAX-FORM).

Legal Disclaimer: This message does not and is not intended to contain legal advice, and its contents do not constitute the practice of law or provision of legal counsel. The sender cannot be held legally accountable for actions related to its receipt.